The most important case for HS2 in Northamptonshire is the lack of capacity on the West Coast Main Line (WCML). This serves Northampton via the loop line and Birmingham, Manchester, Glasgow and many other towns on the main line.

From about 2020 there will be little or no spare capacity on the line, which is already overcrowded at peak times. Demand for fast inter-city services from London has meant local services have been affected. This can only get worse. 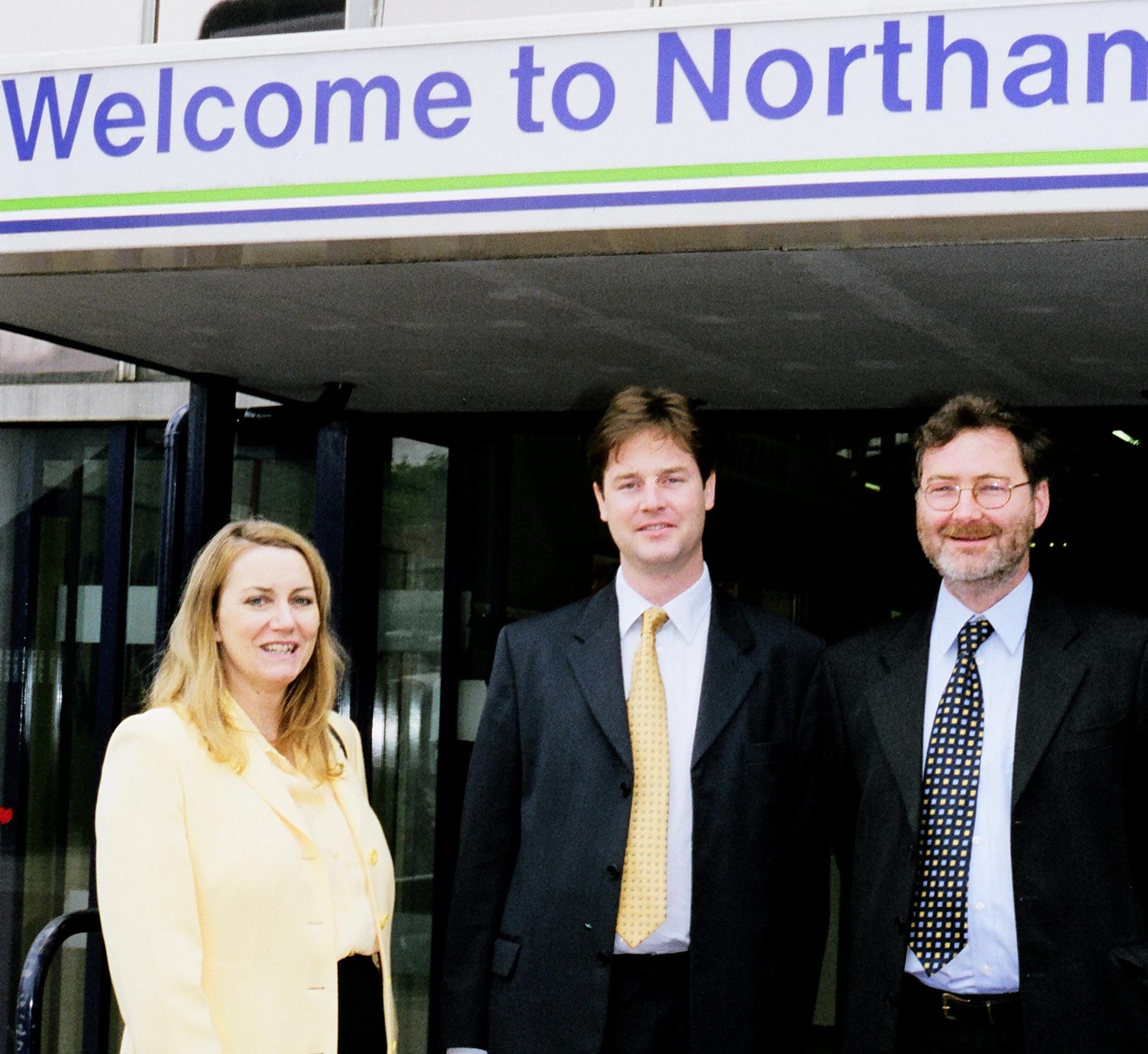 With the Deputy PM at Castle Station

£9 billion was spent on the line between 1998 and 2008 upgrading the speed to 125mph, (though not on the Northampton loop which is 100mph. Signalling was also improved and most recently the extension of platforms to increase capacity with peak trains now 12 carriages. However, all of this work meant severe problems for travellers with complete track closures at weekends and trains replaced by buses. Further work on a bottleneck at Watford is due next summer 2014, with a complete closure of probably 2 weeks (it was either that or complete weekend closure for many weekends)….

Following these upgrades, local services have been affected with demands for faster services to and from the main cities. Stations have been closed in Staffordshire; commuter trains in Manchester have been cut back to allow more London services; services between Watford, Northampton, Rugby, Nuneaton and Stoke have deteriorated or stopped altogether. Moreover, the upgraded line is still the most unreliable in the country. More patching and mending is possible, but only with major closures at weekends for many years – 14 years has been mentioned – with no fast services from London to the main cities mentioned above including Northampton.

The HS2 proposed route is in the south of the county running close to the north of Brackley. There are no proposed stops between West London and Birmingham. Northamptonshire overall benefits from relief to the WCML. I would personally like to see a parkway station at Brackley, so that the service can be used as a direct benefit to the county.

Reference: Nick Kingsley: HIGH SPEED 2: Countryside Voice – Winter 2013, published by the Campaign to Protect Rural England (CPRE). I am a member of the CPRE.