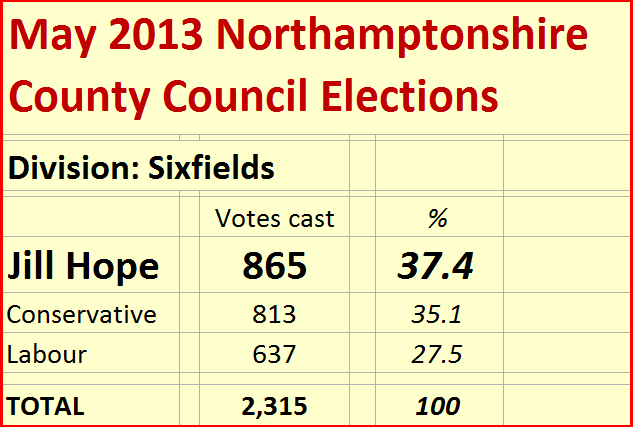 West Hunbury ward of Northampton Borough Council was formed in 1999. Initially the ward had two council members. It stayed that way for the elections in 1999, 2003 and 2007.

The ward boundary was then revised. For the 2011 election it lost the areas of Banbury Lane (Hunsbury Meadows), part of Upton and part of East Hunsbury and was then represented by just one councillor. A new Upton ward with two members was formed to cover Banbury Lane, and the expanding area in Upton and St Crispins on the west of the town.

Both Labour and UKIP have performed badly in all the previous elections. Neither stood in 2011, which just had the LibDems, Conservatives and a Christian Peoples Alliance candidate.

The Liberal Democrats dominated the ward at the first three elections since the ward was formed, achieving over 50% of the vote in 2007 and 2003, but narrowly lost in 2011 to the Conservatives.

CLICK HERE to see results in West Hunsbury in the last three elections.