Did you read the Chronicle’s report on the Borough Council budget on 1 March?

THE CHRONICLE’S report was an accurate report – as far as it went.

It mentioned the visit of a group of skateboarders to the meeting to demonstrate their enthusiastic support for the £250,000 which the Lib Dem Council has allocated to develop an international standard skate park in Northampton.

The report also pictured protestors against “the cuts”. The picture was frankly rather misleading – there were a handful of protestors, and the close-cropped photo made them appear to be part of a large crowd. 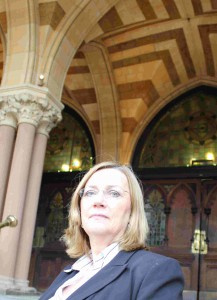 Next year’s Lib Dem budget has not cut any front-line services and includes minimal job losses. Compare that with the eye-watering cuts and loss of up to 900 jobs at the county council last week. So it was hardly surprising that the protestors found it difficult to muster many troops.

But what was missing from the budget report in The Chron was the real flavour of the meeting. The Lib Dem administration presented its budget after four years of hard work, cutting costs and negotiating money-saving deals. Deals like the sale of Cliftonville and transfer of the waste contract. These deals mean that despite the cut of one third in Government funding, there would be no cuts to frontline services and minimal job losses.

The Conservative opposition didn’t present an alternative budget, they obviously either couldn’t be bothered or just didn’t have the talent in their group to deal with these complex matters.

Without any alternative to the Lib Dem budget, what did the Conservatives talk about?

Well there was a lengthy rant about the evils of the JPU – Joint Planning Unit. One Conservative Councillor lashed out in disgust about massive developments being dumped onto the edge of the Borough by the evil JPU and said: “The JPU is not looking after the interests of Northampton”. He implied that it was the fault of the Lib Dem administration.

Lib Dem Councillor Richard Church set him straight  “…the JPU is made up of several district councils including the Borough. The Lib Dems are a minority on the JPU. All the other councils which belong, including Daventry and South Northants, are Conservative. It is these Conservative Councillors who have decided on the development policies of the JPU – so it seems the Borough Conservatives are attacking their own colleagues in South Northants and Daventry”

The Lib Dem budget was passed by the all members of the Borough Council including the Conservatives and Labour.