The county council’s bid for a Local Enterprise Partnership (LEP) was rejected by the coalition Government. The Government preferred the bid submitted by the LibDem-run Borough Council. So what did council leader Jim Harker do? He decided to fund his own NEP!

This will include opening an office with two staff in Brussels. Total cost of Cllr Harker’s NEP? Two million quid of council taxpayer’s money.

Bill Newton Dunn, local LibDem Member of the European Parliament said: “Two people isn’t very much to cover everything, so I think the council should speak to other counties in the area and get them to join in the project.” 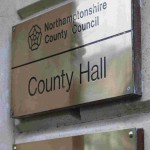 What would you do with two million quid? Open an office in Brussels?

If  Cllr Harker’s NEP pet project was scrapped, what cuts could be avoided?

If you had £2m to spend, what would you spend it on for the good of Northamptonshire?