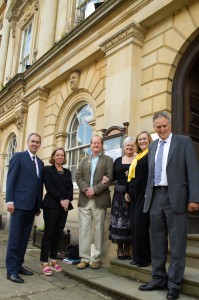 In the first new county council meeting, nominations to the panel saw an amendment proposed that would see an extra Labour councillor take a place on the committee at the expense of a Liberal Democrat councillor, leaving no Lib Dem representation.

The amendment went to a vote, but the Liberal Democrats, with six councillors, were easily defeated by the other two parties.

Councillor Brendan Glynane, the Lib Dem leader, claimed his party was entitled to a place on the panel. He said:

“It’s clear the Tories and Labour are stitching this up to protect the Tory Police Commissioner, Adam Simmonds, from scrutiny.

“Only the Liberal Democrats didn’t back it. The Labour Party have started out the new council term by showing that they are nothing more than Tory lapdogs. Labour are the opposition on paper only.”