WHO gets rich on councillors’ allowances? 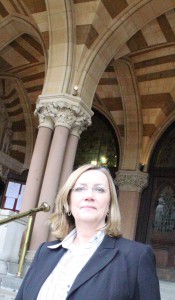 The Conservatives complain that the current Lib Dem-controlled council has increased councillor allowances in the last four years in charge of the Guildhall.

Yes! – that’s true, based on the recommendation of an independent panel.

But Borough Councillors, who have just delivered a balanced budget, with no cuts to frontline services, and only a handful of redundancies, get just £9,787.

The County Council, run by the Conservatives, has just delivered eyewatering cuts and 900 redundancies.

County Councillors cost you an average of £15,740.

Which is the best value for money?

Conservatives on the Borough Council have just promised a freeze on allowances if they get back in power. But why don’t their Conservative county councillor colleagues cut their allowances back to the same rate as the borough councillors? That could add up to a hefty £½million or more! How many jobs would that save?

QUESTION: when did you last hear anything from your county councillor? Do you even know who he or she is?