Changes to community centres – it’s not about saving money.

WHEN I HEARD that the Borough Council was hoping to hand its community centres over to local communities, I guessed that it was a money-saving exercise.

However, because the users of the Camp Hill Community Centre have asked me to become involved in the process, I’ve found out more about it, and to my surprise this is not the case. 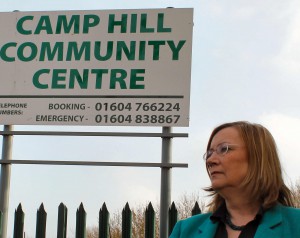 Some had valid leases and some didn’t.

Some were making a profit and some were losing money.

Some were used by lots of local groups and some were hardly being used.

The aim of the new way of running community centres was to hand them over to the control of the local community using them. They would run them as non-profit-making businesses, employing caretaking and cleaning staff and responsible for the internal maintenance.

Because this would be a community-based enterprise, there would be the possibility of applying for grants from all sorts of organisations to improve facilities.

The council would lease the buildings out more or less rent free for 30 years, and would also supply a grant for the first 4 years to help with costs. They would also be on hand to provide help, support and advice. This is not case of the council saving money, because they don’t under this plan. It’s about local people managing and running their own facilities, so that they get the best out of them.

This is localism at its best, and I hope as many communities as possible take advantage of this opportunity.