Call for tougher action on banks

AT THE Lib Dem Spring Conference in Sheffield I spoke in the emergency debate: “Tougher Action on Banks and Bonuses.”

I spoke about how difficult it can be for small businesses, not only to borrow money from banks, but even to open a business bank account. 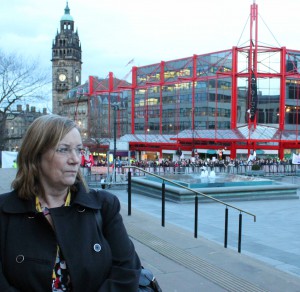 The high street banks have been persuaded by Government in the past to offer what’s called a ‘Basic’ bank account.

These have been offered to people with a poor credit history.

But it does allow people to have an account for people paying in cheques and drawing out cash.

There is no such thing as a ‘Basic’ business bank account. Some grants from the European Union for small businesses…….

I also pointed out that banking relies on assets – so if you don’t have assets (like a house) it’s extremely difficult to borrow money to fund a business. 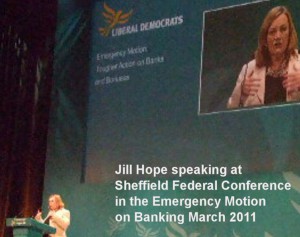 There is a Government scheme called the Enterprise Finance Guarantee Scheme, under which the Government guarantees most of the borrowing.

However, only one of the high street banks provides much borrowing under this scheme and most of them don’t use it because it’s too bureaucratic.

I was delighted when I was approached by one of our Lib Dem MPs after the debate who asked me for a copy of my speech so that she could ask a question in the House based on what I said.

I will continue to press the Government to put the banks under pressure to provide more support to new and growing businesses which don’t have much security.

I will also be asking for there to be a ‘Basic’ business account which could be the equivalent of the ‘Basic’ personal account.