The truth about Northampton Market

PEOPLE talk about how great Northampton market, on one of the largest market squares in England, was in the past. 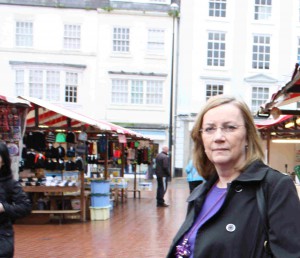 Adapt or join the heavenly choir

The local paper has, for the last four years, been bombarded with letters criticising the borough council for the market’s decline.

This is since the LibDems took control of the borough council in 2007 – the first time since the 1920s.

The previous Tory administration – known as the worst council in England – had done nothing to halt the square’s decline.

Nor had previous Labour administrations.

It took a radical approach from the LibDems to see what could be done.

Jill Hope say: “When I moved here from London in 1976 I was deeply disappointed with what the market had to offer compared to what I was used to in London”.

“The customers were mainly the elderly, who had always shopped on the market”.

Since then very large supermarkets have been built on the outskirts of town selling almost everything as well as food: Sainsbury at Sixfields, Tesco at Mereway and Weston Favell, and so on.

Where do you go now to buy cheap clothes? Tesco? Primark? Asda?

Would you go to the Market Square in the British weather? No.

Where do you buy your fresh veg, your heavy potatoes? Lug them by hand to the car? Or wheel them in a supermarket trolley?

You can’t wind the clock back: market traders cannot compete with the chain stores mentioned here. Even the price advantage has disappeared.

The market has to adapt or die. The market square is beautiful apart from the intrusion of a few hideous modern buildings.

The market and its traders need to embrace change, produce their own ideas and not remain stuck in the past. Only this way will we see the square remain a busy, interesting place to visit.