The Conservatives clapped and cheered as they passed their budget which could cut up to 900 jobs. How dare they?

ON THURSDAY 24 Feb the Conservatives on Northants County Council used their large majority to pass their budget at County Hall. 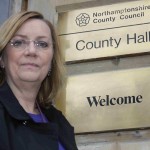 A tale of two councils - Tory cuts at County Hall.....

Because of their financial mismanagement, the impact of the recent Government cuts has been horrendous, but once the vote was taken and the budget was passed, the Conservatives clapped and cheered themselves as people sat in the public gallery and watched their jobs disappear. 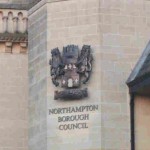 Some people might say that they didn’t have any choice, hard times etc. Well they DID have choices. The Lib Dem opposition produced an alternative budget that was approved by the Council’s financial officer as responsible.

Through back office savings, eliminating an unnecessary new quango and cutting some Cabinet posts, we have managed to eliminate or reduce all of these cuts.

Sadly because of the huge majority that the Conservatives have on the County Council, there is absolutely nothing you can do about this until 2013.

But when you do vote on 5 May this year in Northampton Borough elections, irrespective of who you vote for nationally, please consider this:

◊ no cuts to front line services by the LibDems

◊ only a handful of jobs being cut